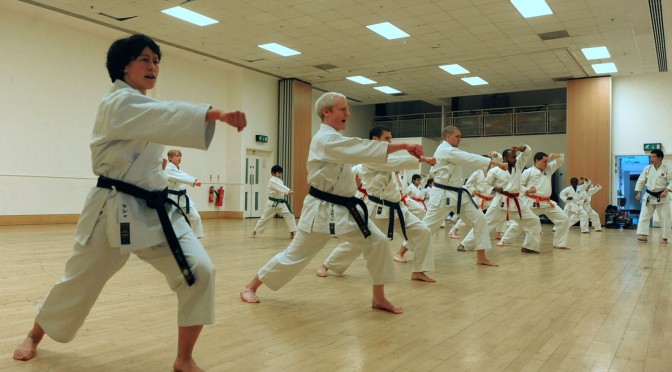 With only a few sleeps until Christmas Day we managed to fit in Keiko Osame (the last training of the year) followed by a club grading! As usual, Ohta Sensei gave us an excellent workout during the special training session.

While the grading saw all students being awarded the next level, the results were by no means a foregone conclusion. Sensei highlighted some development points which we will be sure to work on together in 2011.

This year there was also a special club prize for dedication to karate, and this went to Connor, someone who stands out as having put considerable effort into his karate over the past year. We look forward to seeing continued progress from everyone next year – with the club re-opening on 8th January. In the meantime have a refreshing Christmas break!