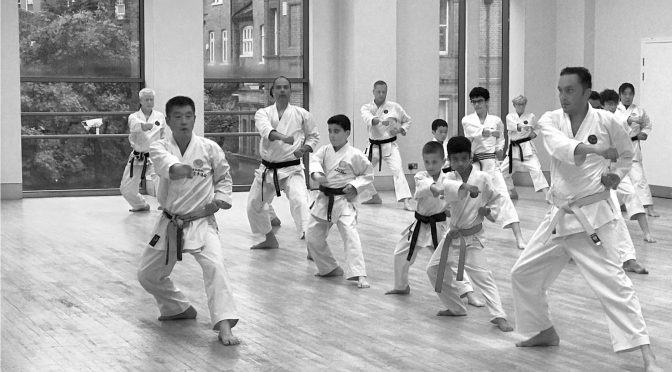 Ohta Sensei visited Shiranamikai to teach a special class at the end of June. Three days after the competition and just the other side of the June heatwave, the dojo was still hot and stuffy – perfect for a tough session to loosen up the muscles!

During kihon, Sensei focussed on back stance and gave everybody technical pointers. With kumite, he worked us hard in kaishi ippon, with the familiar “…until I say stop!” which was great if you weren’t pacing yourself! Kata was those needed for grading.

And the grading went well! But as always there is lots to improve upon. so it’s important, whilst moving forward, to also retrospectively work on the feedback in order to be able to progress.