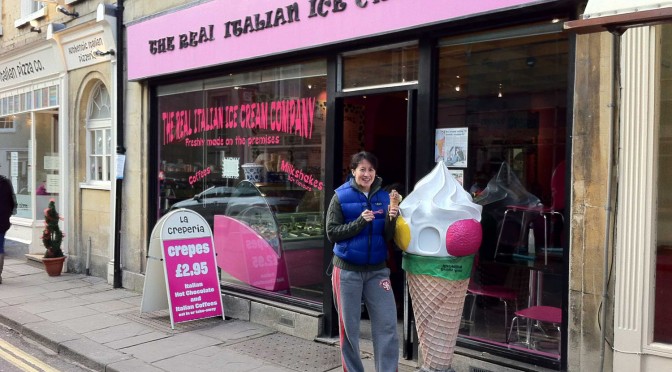 When I reached the car I realised that I’d forgotten to pack my dogi and belt (the only essential items for a karateka). Factor in the McDonalds breakfast, petrol, snack stops etc. and all of a sudden, we’re cutting it fine. Fortunately when we arrived at Bath Sports and Leisure Centre, the course had not yet started. So there was still time to register and have a chat beforehand.

After a moment to estimate the numbers of different grades present, brown belts were relocated to another studio upstairs with Adel Ismail, a JKA England senior instructor. Kyu grades stayed in the same area as black belts but were taught separately by a rotation of different instructors. The dan grade session is what I have summarised.

Gary Stewart, JKA England Squad Coach, warmed us up and later on delivered an engaging kumite lesson with reaction timing training against a partner. One exercise involved responding to a partner’s attack by cutting in with the same technique and trying to score first (sen no sen). We also tried applying the same principle to contrasting techniques, like mae geri versus gyaku tsuki. We finished off with some strength and stamina exercises, one of which was burpees with gyaku tsuki to improve speed and overall fitness.

Ohta Sensei, in his first session, started off with hip rotation before adding a combination of gyaku tsuki, kizami tsuki, uraken and step. We were soon facing each other and using soto uke, age uke, and nagashi uke as the corresponding defence, with gyaku tsuki as the counter attack. Sensei focused a lot on the idea of ‘blocking on the way’, for example making the block during a change of stance rather than timing it to coincide with the end of a step. This was most apparent with his near simultaneous mae geri, oi tsuki combination: the defender had to start the first block early while beginning to transfer their weight and leading leg back. At the moment when nagashi uke was used to block the punch, the step backwards was already in motion. Then immediately after landing the back foot, we had to push off from it, spring forwards to close the distance and counter with uraken.

After a five minute break, referees and squad were off to practise together, while Ohta Sensei worked through choice kata for those who were attempting their Nidan gradings: Jion, Empi and Nijushiho. All were explained and demonstrated skilfully by Sensei as always.

Unfortunately we didn’t manage to take any photos of the course itself. But to prove we were really there, I did take a few snaps in Bath afterwards!

The next JKA England event open to all grades will be the international course held over the May Bank Holiday weekend and lasting four days. Why not join us there? You could book the Friday afternoon off work and make a weekend of it! More details to follow soon.