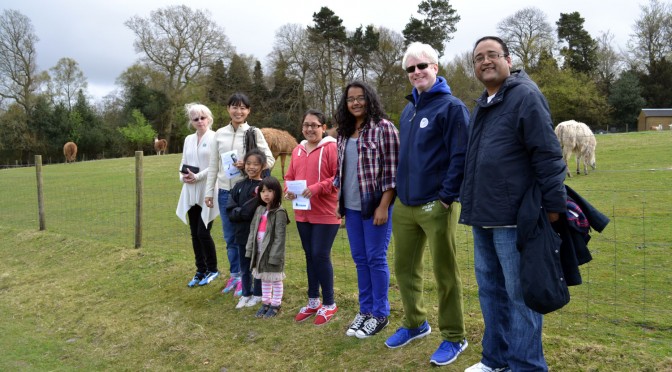 We had a great turn out from Shiranamikai at this year’s JKA England Spring International Course. Sheila, Shivani & Dharvi joined their club instructors and attended all 4 days! Anju attended 3 days. We also had Will, Peter B, Lisa, Megan, Peter McE, Ryan, Tara, Sonoko, Anju, Jeremy, Evelyn, Sehar, Iman and Sara in attendance.

Aoki Sensei delivered a number of interesting sessions where fluid movement was the order of the day. He reminded everyone that karate power comes from relaxation, and that the movement on the inside of the body, is just as important as what we see on the outside.

Hanzaki Sensei taught us Sochin and Jitte. For the former kata, he showed us the importance of moving smoothly and using the muscles in the back of the body to make each position in fudodachi strong. As for Jitte, this was broken down in great detail, and we got some useful tips on how to execute the contrasting blocking sequences (in yama gamae and using bo uke) correctly.

Takahashi Sensei taught us Kanku Sho and Meikyo. He also delivered a kumite session on the final day where we focused on using yori ashi in attack and defence. This was the result of him having noticed, during the previous day’s Dan grading, that a lot of candidates were trying to overreach with their bodies, or struggling to maintain the correct distance, due to an inability to move their feet well. The drills were exhausting but brilliant.

As usual, Osaka Sensei encouraged us to have good posture and efficiency of movement. He is a great mimic, and his quizzical facial expressions and examples of ‘how not to do it’ always hammer the message home in a fun way. Osaka Sensei taught us Bassai Sho and Gojushiho Sho. For Bassai Sho, we got some great advice on how to execute the ashi barai and jodan uke sequence quickly but without losing balance.

On the Saturday, we managed to fit in a visit to Ashdown Forest Llama Park, which is about 25 minutes drive from the K2 Sports Centre where the course was being held. It was fun to meet Che (Austin’s lookalikey llama), Nicholas (the handsome male llama who was selected to be a model for the Llama Snacks packaging), as well as some alpaca and even reindeer. We didn’t see the reindeer fly, because they were of course saving up their energy for Christmas.

On the Sunday evening, we gathered at the Arora hotel for JKA England’s 10th Anniversary Party. This included a fun Sumo Competition, where teams from each nation wore inflatable sumo suits and Ohta Sensei refereed. A great time was had by all!