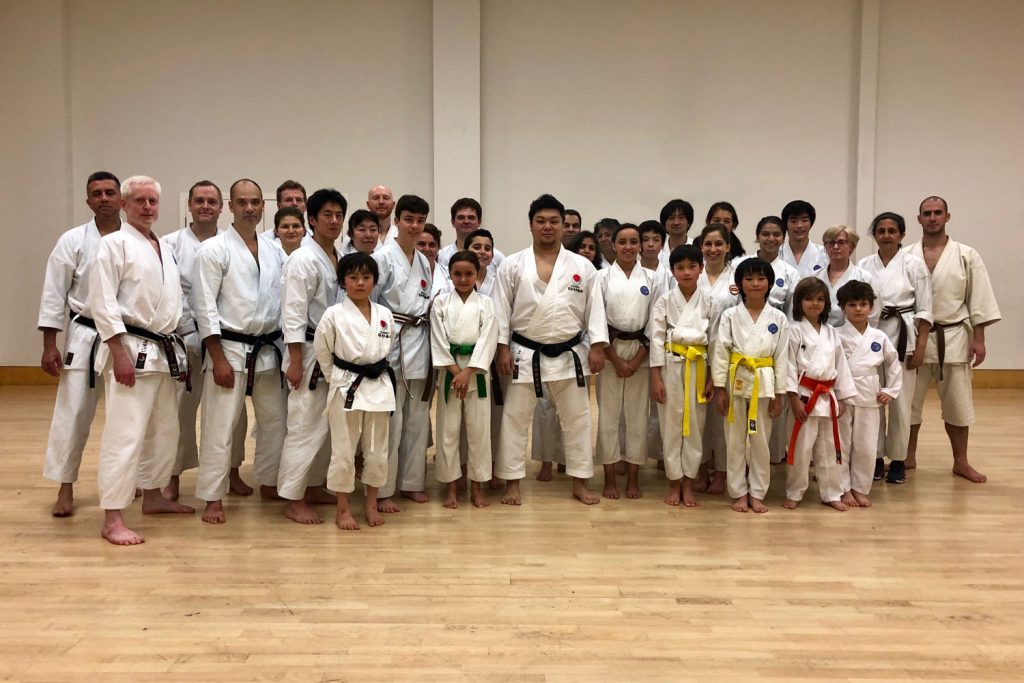 We had a brilliant, energetic class with Ueda Daisuke Sensei who was visiting from the Japan Karate Association Headquarters in Tokyo.

Ueda Sensei is a dynamic karateka with abundant enthusiasm for the art. He has been a consistent medallist at the All Japan National Championships and took silver in kata at the Funakoshi Gichin Cup World Championship 2014.

He displays an encouraging teaching persona, especially towards the junior members. After training had finished at the JKA England course, he spent extra time helping some of the youngsters with their kata because he felt he hadn’t given them enough attention during their session.

Sensei drew comparisons with his own club in Japan and the children he teaches there. One difference he noted was the sense of urgency with which students typically react to instruction here in the UK. And their energy levels! “You are not like children…!” he said jokingly. 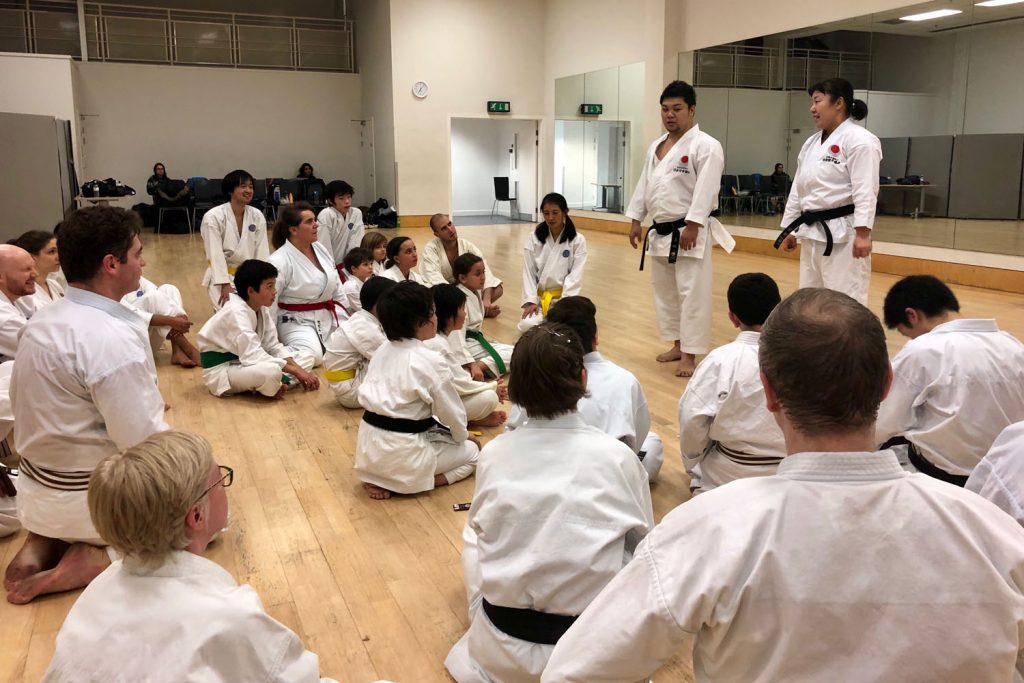 He explained that one should seize an opportunity as soon as it presents itself otherwise any advantage one might have had, is lost. This is also a great message in life, that we should embrace opportunities when they arise. Sometimes we think too much when instead we should just react.

Ueda Sensei left us with five key points which define JKA Shotokan karate: technique (ie. big movements); speed; power; kime; kiai.
”BIGGER! FASTER! STRONGER! KIME! KIAI!” He shouted quickly, over and again, with all of us all repeating. He also left us with a motto: ‘Seize the moment’ and some seasonal Kit Kats – so thoughtful and tasty!

Many thanks to Ueda Sensei for taking the time to visit Shiranamikai. 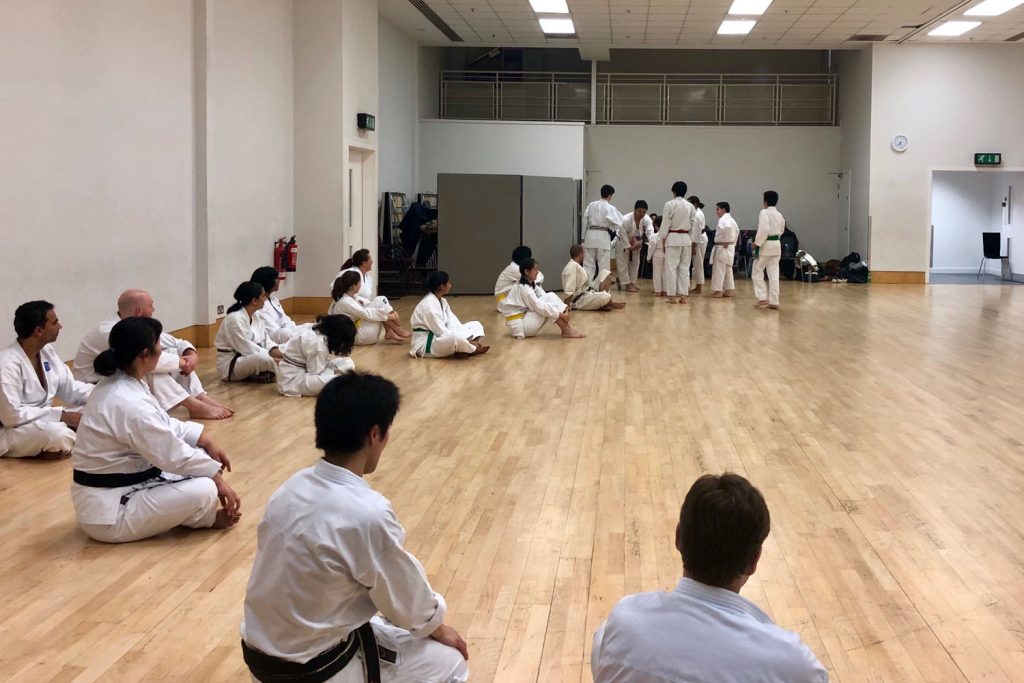