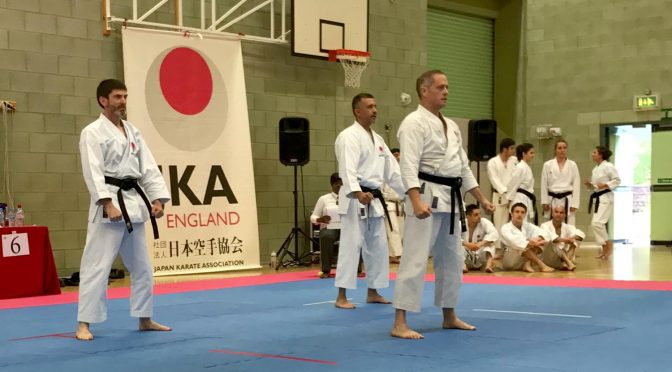 It was a great atmosphere in the K2 sports hall with over 300 competitors assembled for JKA England’s National Championship.

The event got underway at 10am with the youngest competitors on-mat first. We had kata in the morning and kumite after a short break for lunch. Things were running very smoothly but we had the competitor and judges line-up, introductions and presentations before the finals kicked-off. Then another break while we had the presentation of kata awards before the kumite finals. The last awards of the evening were for best competitor and the last few of us were away at 8pm.

Thanks to all the judges, referees, timekeepers and all of the supporters and parents.

Not only is this the same medal tally as last year, but also the exact same amount each of gold, silver and bronze! Spooky…