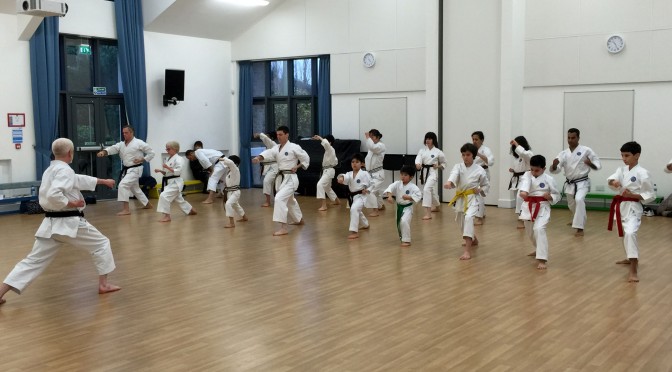 Our final class of the year took place on a Sunday morning. After stretching and a light jog around the grounds, it was back into the dojo for upper body basics and kumite. Leg work came later on once we’d properly warmed up. Having just a few days off has such a marked effect on the body! We finished off the session with Heians 1-5 and Tekki.

The mood was good and the atmosphere really positive – well done guys, you trained really hard! Tea and mince pies (thanks, Sensei Sho) were thoroughly deserved!

See you back in Swiss Cottage dojo 2nd January 2016!