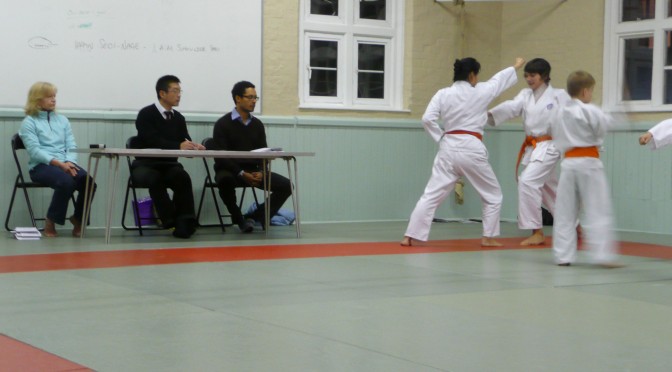 Congratulations to all our students who passed the kyu grading at Ohta Sensei’s club in Kensington. The next grading will be in the first quarter of 2010. 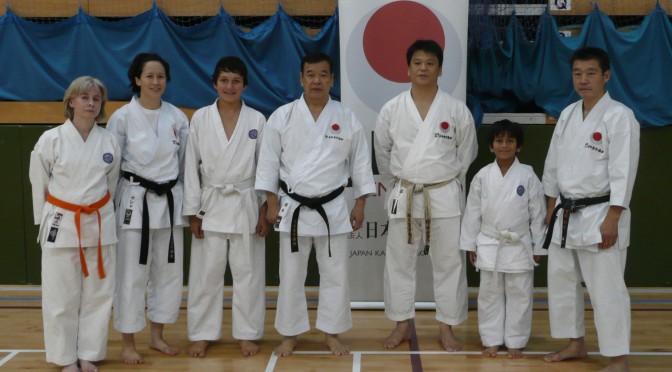 This weekend was an enjoyable one for Shiranamikai Harrow. Sheila, Daniel and Parth all attended the JKA England Summer International Course at Guildford, alongside Club Instructors Austin and Sasha.

The course featured top level instruction and as always we learnt a lot and came away inspired. Sensei Austin was really impressed with the energy and enthusiasm that everyone from our group put into the training. Each day of the course started with an hour of energetic practise involving the whole group, after which students were split into groups. While Shiranamikai students were among the least experienced of the course attendees, they showed true karate spirit by giving 100% effort to everything that was asked of them.

Daniel did a great job of keeping up his energy levels over all three days of the course. There was also great determination from Parth, who at age 6 was probably the youngest course participant!

On the Saturday there was a kyu grading. Parth and Daniel were successful in passing their first grading for 9th kyu. Sheila moves up to red belt having passed 8th kyu. Congratulations to everyone. We look forward to seeing continued progress. 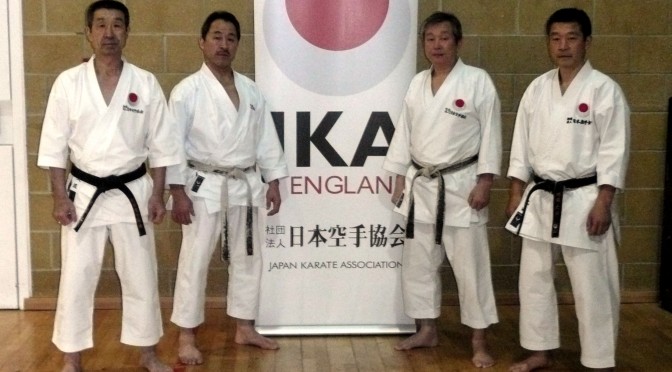 Come and join our karate classes in Swiss Cottage 4pm Saturdays, West Hampstead 6.30pm Tuesdays, Stanmore 10am Sundays, Harrow-on-the-Hill 7pm Wednesdays, while kids age 5+ can now enjoy our NEW class 5pm Thursdays. You don’t need any special equipment to start, just yourself and the lesson fee. Sessions are open to everybody and continue throughout school holidays.